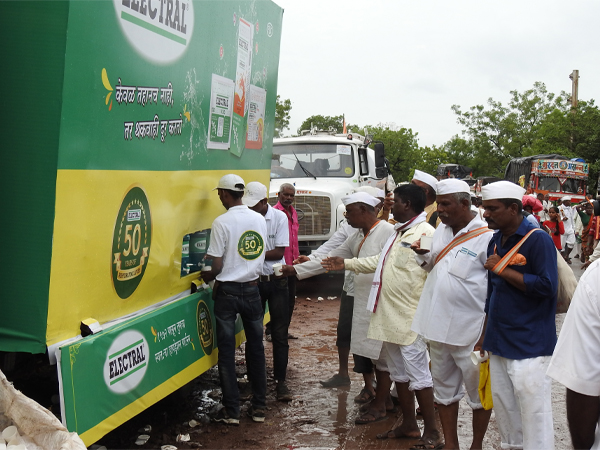 There are 2 routes to reach the Pandharpur Temple of Lord Viththal on the occasion of Ashadi Ekadashi- some follow the Alandi route, while some come from the Dehu route. Vritti Foundation and Electral – India’s original rehydration solution engaged with the devotees & catered to them on both the routes. ‘Refreshing Electral Vans’ were set up on both the routes, where in a dispenser that contained Electral reconstituted in water were served to the devotees. The purpose of these vans was to not only quench their thirst, but also to revitalize them after a long and tiring journey on foot- as Electral’s tagline rightly says- ‘Keval Tahanachi Nahi, Tar Takhvahi Door Karto’. FDC distributed about 10000 cups of Electral on a daily basis to the warkaris.